Rituals is a remarkable collection of poems by renowned poet, translator, editor and critic Kiriti Sengupta. This latest book explores the panoply of human experience and elucidates the meanings and rhythms of a mature poetic life. “Customs are like meditation,” writes Sengupta as he weaves religious liturgy and the opera of gods as the quotidian backdrop of a married life and experiences with his son. Not just interested in the matter of appearances as a poet, he delves into questions of what makes an Indian and how Hindu goddesses can strengthen willpower and remove the ‘venom’ from life. The mythological and the quotidian blend and inform one another, the goddess appears in iterations of the wife, the daughter, the mother. These poems also talk about Monsoon and Muri as snacks that overlap with dialogues of intellect and Sanskrit.

Themes such as nakedness and nudity are explored from the point of view of youth and maturity. Striking imagery marks the passing of time on everyday objects where the speaker can now stop and observe the beauty of human traces on life, “My tired eyes uncover the kohl of night.” The speaker is not only interested in contemplating the beauty of everyday moments but also faces his reader with the violence of the modern world, in the poem “The Untold Saga” the violence of a mythological world mirrors the violence on women practiced often in the 21stcentury, offering a powerful statement on the untimely death of Nirbhaya in 2012. These poems are also meditations on our place in the world as humans, the vastness of the Earth compared to our frail bodies with the invitation to reconnect to the natural world.

Kiriti Sengupta, who has been awarded the Rabindranath Tagore Literary Prize (2018) for his contribution to literature, is a poet, editor, translator, and publisher from Calcutta. He has published ten books of poetry and prose, including Rituals, Solitary Stillness, Reflections on Salvation, The Earthen Flute, A Freshman’s Welcome, Healing Waters Floating Lamps, The Reverse Tree, My Dazzling Bards, My Glass of Wine, The Reciting Pens, and The Unheard I; two books of translation, Desirous Water by Sumita Nandy, Poem Continuous—Reincarnated Expressions by Bibhas Roy Chowdhury; and he is the co-editor of five anthologies, Scaling Heights, Jora Sanko–The Joined Bridge, Epitaphs, Sankarak, and Selfhood. Sengupta’s poems have been published/accepted for publication at The Common, The Florida Review Online (Aquifer), Headway Quarterly, Moria Online, The Mark Literary Review, Mad Swirl, among other places. More at www.kiritisengupta.com

1) If you had to describe your journey into the literature field until now how would you describe it in three words?

2) Rituals your new poetry book, the making of it and all that you went through can you describe it in one word?

4) What is that one thing you believe keeps us breathing even in this Chaos?

5) Your most favourite poem in the
book?

END_OF_DOCUMENT_TOKEN_TO_BE_REPLACED 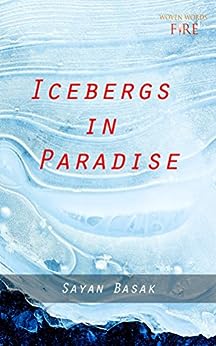 There is a relationship between the eye contacts we make and the perceptions that we create in our heads, a relationship between the sound of another’s voice and the emotions that we feel in our hearts, a relationship between our movements in space all around us and the magnetic pulls we can create between others and ourselves. All of these things (and more) make up the magic of every ordinary day and if we are able to live in this magic, to feel and to dwell in it, we will find ourselves living with magic every day. These are the white spaces in life, the spaces in between the written lines, the cracks in which the sunlight filters into. Some of us swim in the overflowing of the wine glass of life, we stand and blink our eyes in the sunlight reaching unseen places, we know where to find the white spaces, we live in magic.
Icebergs in Paradise is a journey that will make you travel the entire world of emotions – starting it from joy to sadness, love to pain, fear to cheer and anger to tranquility. ”

Starting with the cover it is all blue in color – calm and yet destructing the way blue color is. The blurb gives you about the type of poems are present. The title is different. relating to a metaphor as per the poet. Vocabulary is amazing and you get to learn new words and imagery. Most of the poems are lenghty. Some poems take a little time to be understood. The way each poem flows- the description is beautiful. his/her both perceptions of poems are present. The theme of the poems range widely from daily observations,fights, as a person,  mental health, sky life, love and society issues. you will notice skies and ocean being used alot of times in poems which shows love for skies.

Favourite lines – into your embrace and we fade into starry skies.

Favourite poems – anguish, before autumn, rapt, as we once were.

For poetry readers this book will take you to different world of imagery and new silences. 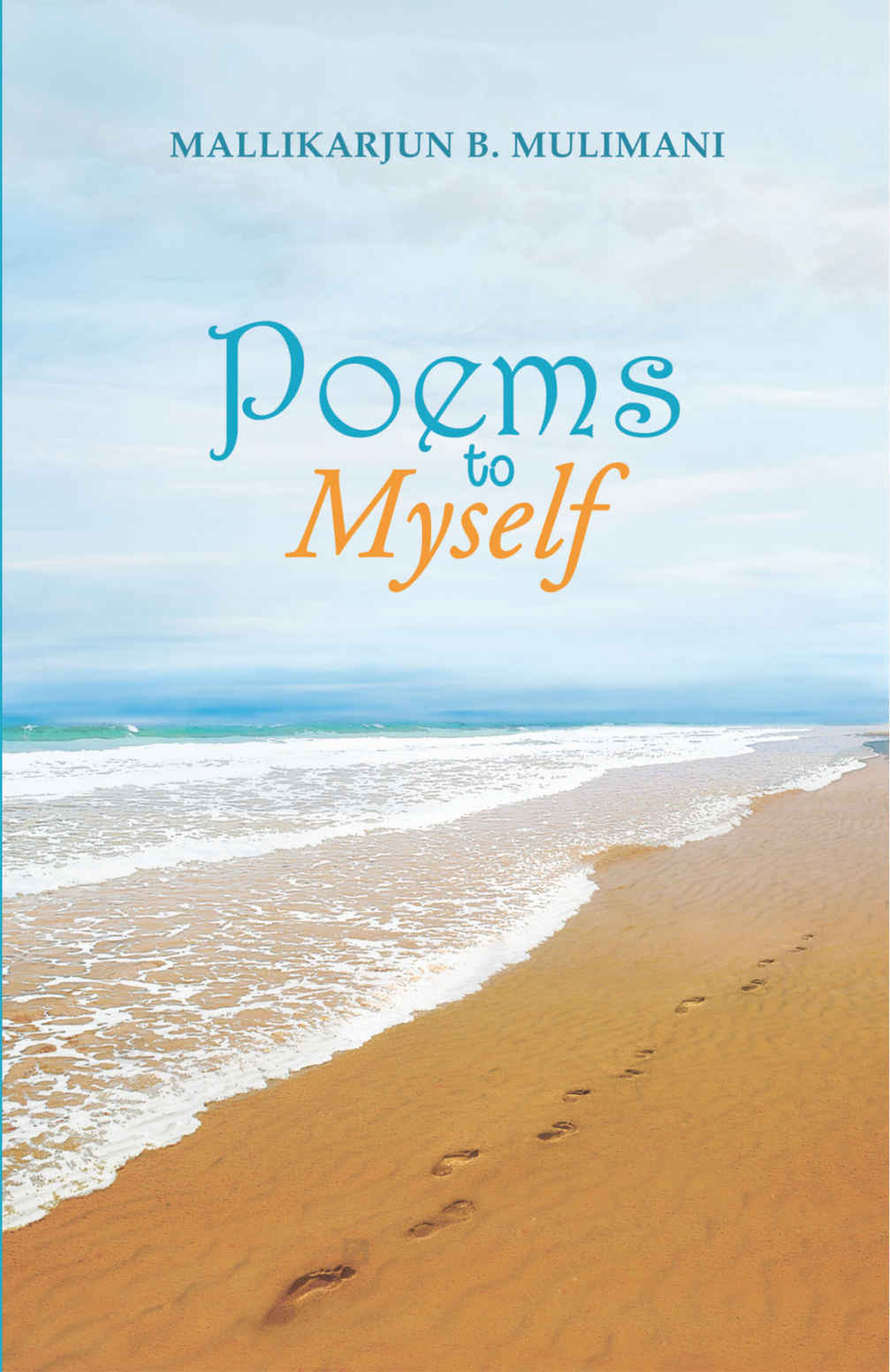 “Poems are the art of the heart. I have written them with a passion arising from the bottom of my heart. I hope they touch your hearts too and evoke feelings similar to those in my heart.

These Poems deal with Love, Life, Death, Time, Space, God, Soul and various other topics in depth with Rhythm and Rhyme.

REVIEW –
cover –  Of a sea , calm and blue with serenity and simplicity.
title – just like authors poems to us, this book is a collection of poems to myself.
variety of themes are covered in each poem. Before a few poems  idea about the poem is given which really helps all the readers to connect better to the poem. small to long poems are given in the book. This book felt more connecting than the previous one as it is based on a persons life and view.
More rhymes are seen in this book. a light and freshing read. The metaphors and imagery has been put up beautifully.
Overall – 4/5. 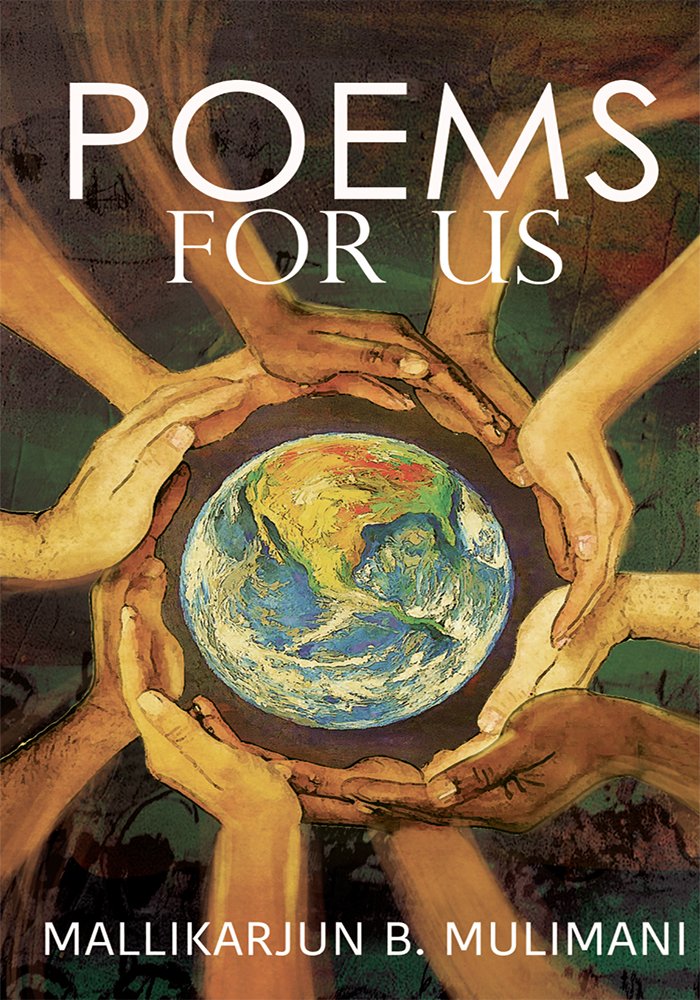 Introduction ‘Us’, what does it mean? Many think of it as a collective consciousness. But only the word ‘Us’ is not enough to put us in close touch with everybody in the society in which we live. For, well and truly we differ subconsciously and also consciously from one another. Thus, the actions undertaken by men and women under different frames of mind with their dreams and feelings, all form the spine of this book. ‘I’ have written poems about ‘Us’, but I cannot do complete justice as I can’t be the ‘Saksin’ or ‘Witness’ within others and hence know them only partially from outside however deep I may dive into the vast open seas of their lives. ‘I’ can also be found in the poems about ‘Us’ for I should be the first one to be understood to understand my poems. In Other Words,Poems add beauty to the monotonous prose of life making it pulsate with the happy drumbeat of life’s myriad emotions. I have tried to capture these various emotions in my poems in this book by looking at life from a perspective of ‘Us’ rather than ‘I’. For, it is ‘Us’ in between whom emotions take on various colours and influence the ‘I’.

Title  -It tells us how we need poetry at this hour and nothing else can heal us right now except for art.

The book is an amazing coffee read with alot to relate with.