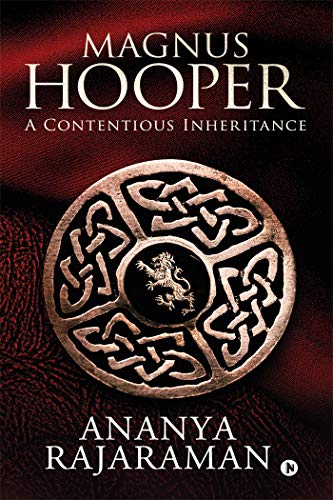 A letter bearing the wrong date appears on the door step of Mr. Warner. A day later, the writer of the letter is murdered. Mr. Warner believes there is an underlying meaning to the letter, and that he had a premonition of an ominous happening. While the suspects are few, possibilities are many. When an innocent man is sent to jail, Magnus Hooper, a criminal detective, vows to bring the perpetrator to justice. The web of crime with its intricate knots proves to be a challenge at each step. For Magnus, this proves to be an intriguing game and a precarious gamble.

Magnus hooper is a detective who solves around many criminal cases, the book will surely remind you a bit about Sherlock Holmes at the least. The book is a little lengthy read but worth it. it is really interesting to see how it is written by a teenager who is managing both her studies and as well as writing this amazing book. the efforts by the author can really be seen really well. The vocabulary is easy to understand. The thriller is alright to read but the attempt is really beautiful to see. The cover gives you a very mystical vibe as well as the title one might think of it as a sci-fi. The plot is alright. The characterization is fine as well. Cannot wait what the little magician has more to offer.